SaaS company Storykit continues its rapid expansion and growth. Since the beginning of the year alone, nearly 40 new hires have been made. Among them is Gustav Baltscheffsky, who is joining to further expand Storykit's operations.

Just before Christmas, Storykit raised 90 million in capital to boost the growth rate, and the high pace is already evident, both in the increasing number of customers and staff.

– It's happening so fast now, which of course is great, but also a testament to the fact that Storykit is filling a need in the market. There are an almost infinite number of people working on some kind of communication who need to be able to make video of that communication in a fast, efficient and flexible way. This is where Storykit comes in, says Peder Bonnier, CEO and founder of Storykit.

At the time of writing, Storykit is currently working with nearly 700 customers across multiple markets.

– Over the past year, we have expanded across several major European markets, such as Spain, Germany and France, and we are constantly establishing ourselves in new markets at a rapid pace. We see the same great need for efficient video production everywhere, says Peder Bonnier.

Beginning of a journey

To grow the business even further, Gustav Baltscheffsky has been brought in as VP Business Development. He joins the company directly from fintech company Tink, where he was responsible for expanding the business in the Nordic and Baltic countries.

– Joining Storykit at this time is super exciting. The company is at the very beginning of a really big journey and it is clear that there is a huge potential in what they do, says Baltscheffsky.

– This rate of growth is almost breathtaking and every new member we bring in is another piece of the puzzle falling into place. With Gustav's experience of rapid expansion and business development, we are even better equipped for the future, says Peder Bonnier.

New name and new investors - the Storykit journey is taking off

Jonna Ekman
June 27, 2019
Only a year has passed since KIT Story Engine, and the media company KIT split into two separate companies. Since then the content platform Story Engine, which primarily helps marketers and communicators to produce videos and other content to...
Read More 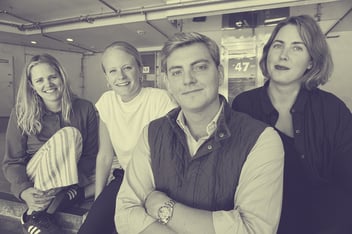 The Storykit team is growing

Jonna Ekman
August 20, 2019
Storykit is growing fast, so we're happy to announce that we have hired four new amazing colleagues to our team.– We're one of Sweden's fastest-growing SaaS companies and intend to continue to build the world's best product and maintain a high level...
Read More