This article is an extract from our e-book "How to write winning script for videos on social channels". Download and read the whole e-book here!

Get to the point, and get rid of everything that’s unnecessary. No script has ever been made worse by being shortened. A common writing tip to get started with your script is to "let the text flow". Write down everything you want to say and everything you want to include in the script. But be prepared that you will have to be harsh with the text once it’s finished.

An advantage for the viewer when watching a video instead of reading a text is that the creator has had to think about it. If you only have 60 seconds, you simply have to make sure to sift through the most important things in what you want to say.

– Every sentence in the script must be so strong that it can stand alone, says Magnus Dahl at KIT says. He usually reworks his script by asking himself: “do I really need to say this?”. – The answer is usually “no”, and you can remove half of the script.

Do you like to use complex words and expressions? You better don’t do that in your video script.

A classic old copywriter rule is to "write as you speak". Of course, this does not mean that you should fill the text with a lot of "eeeeh", "errrr" or "hmmm", but that you should write so that people understand.

But doesn’t everyone do this? Quite the opposite. Even seasoned writers are sometimes struck by the strange instinct to formulate themselves too awkwardly.

The problem with this is that if you express yourself in a complex way, it’ll be harder for the recipient to understand the message. Instead, do the following:

No one likes to get through a long text where the tempo is the same all the time. The same goes for your video.

The tempo of a social video is often quite high, simply because you have so little time to say what you want. But even in a 60-second video, it’s generally a good idea to vary your story by changing your tempo.

In Storykit, you can vary the narrative tempo by using different slide types, or by changing the duration of a specific slide. But even when writing your script, you can easily make sure to vary the tempo. You do this, for example, by alternating longer and shorter phrases. In a video, one or two words left alone can have a much greater effect than ten exclamation points.

Choosing active form ("we launch...") instead of passive form ("is launched...") does a lot for how your video is perceived. The benefits of writing in active form are many:

Addressing the reader directly is an effective way to get close to them in your video. For the scriptwriter, it’s always a good exercise to try to turn the script to "you" instead of focusing on "me" or "we" all the time.

What happens, for example, if you are to launch a product while trying to direct the words towards "you"? Well, instead of writing "our platform makes this super quick…" you have to automatically focus on the recipient and maybe instead write "now you no longer need to spend your time on..."

6. Think about the tone

A general tip when writing a script is to have a positive tone. If you use negative expressions or negations, try to replace them with positive ones to make your audience perceive your video in a much nicer way.

Of course, there are brands with a very specific tonality, and there are also occasions, purposes, contexts, and topics that might require a custom tone. But if you have the option: choose to be positive.

7. Include a call to action

Daring to tell the viewer what you want him or her to do is not something you need to be ashamed of in our fast-paced information society. On the contrary, the reader often wants to know what the content really leads too. Can I read more? Download? Buy? Get a demo?

When your script is finished: read it aloud to yourself. If you get stuck on something, the viewer will probably do the same. If the tempo feels slow, then the tempo is probably slow in your finished video as well. There is no better way to test your script than to read it.

9. Check with a colleague

The final thing you should do is ask a colleague to read through your script. In addition to proofreading it, you want your colleague to:

When you have edited too much of your own text, the risk is that it becomes incomprehensible.

Download and read your complete guide to winning scriptwriting for social videos here!

Give your video assets a whole new look

Jonna Ekman
September 5, 2019
You might not always have the best images and videos at hand when you start your video project. Now we're adding even more styling options to give your assets new life! Styling your video assets has always been fun in Storykit. With loads of easily...
Read More 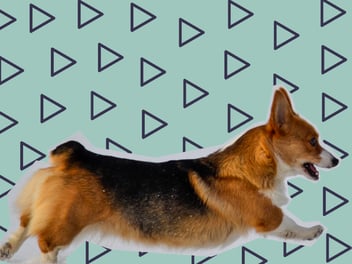 Jonna Ekman
December 28, 2021
Many people still believe video is expensive and complicated. That it takes too much time and that they don’t have time for it. But this is thinking of video “the old” way. Video is actually one of the most efficient formats you can use. Let us...
Read More